I first met Rick Vargas in 2006 at Laughing Tiger Studios in San Rafael.  At that time I was producing an album for a local band, New Monsoon, and Rick was the in-house engineer assigned to work with me on the project.

Rick impressed me very quickly, both with his editing and Pro Tools skills, and with his intelligence and knowledge of mic techniques and recording.  He struck me as a dedicated and serious young man. He skillfully kept a good balance of being quiet and not overstepping his role, but at the same time always paying attention and being one step ahead of me, anticipating what would be needed next.

In Fall of 2009, some years after my long career with Grateful Dead, Bob Weir hired me to help design and project manage the construction of TRI Studios – his state of the art, live HD webcasting and recording studio.  Towards the end of the project, Bob was working with the Marin Symphony and asked me to find him an engineer to work both at his home studio, and also at TRI.  I immediately thought of Rick, and invited him to come meet Bob and check out both studios.  Bob was impressed with him as well, and soon Rick was working with Bob on the Symphony project.

When TRI was completed, in the Fall of 2010, Rick began working as a staff engineer there, and in early 2011,  I was able to offer him a full time position as the primary audio engineer at the facility.  Due to the emphasis on live recording and webcasting at TRI, Rick was thrown into the world of live mixing, which at that time, was somewhat out of his comfort zone.  As expected, he took to it quickly, and he has become the main live audio broadcast mixer there as well.

After leaving TRI, I next oversaw the construction of a  live audio/video/web streaming facility  at the Sweetwater Music Hall in  Mill Valley.  Rick has now taken over the live recording/streaming  at that club in addition to his “day job” at TRI.

He has been doing an excellent job there as well.

In short, I would highly recommend Rick Vargas to any facility that needs a bright, serious, honest and very competent audio engineer. – John Cutler 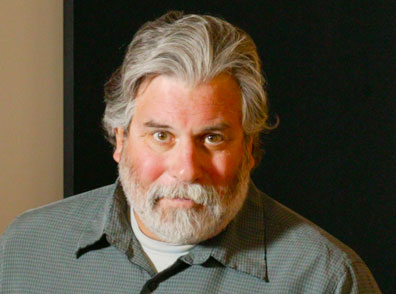 “I’ve worked with Rick on several large audio and video projects that he recorded and/or produced at Bob Weir’s TRI Studios and his spot-on mixes made my job easy. It’s always a treat to be part of a production team where everyone is a consummate profession, and that describes Rick. He is a good listener, which is half the job.”

Rick Vargas may call himself a “recording enabler” but I prefer to think of him as being in the artistic and production empowerment business.

He is my preferred engineer on any project I have recorded in the Bay Area for many reasons: competence, expertise in recording techniques both new and old, and solid dependability.

For my dollar Rick’s most important skill is his attitude of quiet confidence and endless patience with the artistic process. When he is called upon for an opinion it is always a welcome and refreshing idea that not only reinforces the task at hand but also strengthens the unity of the entire team.

For me teamwork is everything and Rick is an excellent addition to any team.