All Engineering and Mixing done at Laughing Tiger Studios

Comprised of myself and Eleven30.  Production, Engineering, Mixing and Mastering at Laughing Tiger Studios in San Rafael, CA.

New album by “Canibus” to be released soon with tracks by “TheAre” and “Premier”.

Hornig is the man behind the progressive rock/electronica band Facing:Binary. Monaco, only 19 years old, began his career as a scratch DJ and avid-party rocker.

The two producers shared a common vision and eventually joined forces to create their own brand of dance music.

TRUTHLiVE set to release his debut album “Patience”. Album is entirely produced by Jake One. Release date is 4-20-10 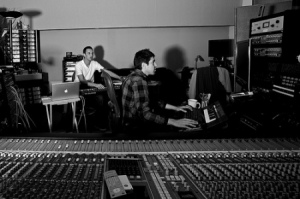 The Are and myself working on new track for Canibus. The Are produced the entire track on the spot, including live drums. The Album is currently finished in the mixing stage. Soon to be released by Interdependent Media.